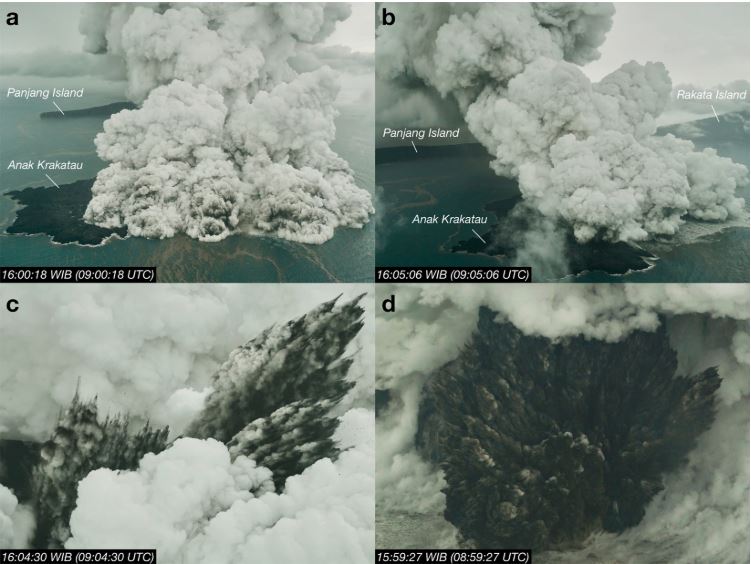 The ChEESE publication “Anak Krakatau triggers volcanic freezer in the upper troposphere”, available in open access in Nature Scientific Reports, has gained a lot of press traction in the weeks following its publication. Spearheaded by researchers Andrew Prata and Arnau Folch from the Barcelona Supercomputing Center, the paper and the study within it have been featured in various mainstream media websites such as BBC, National Geographic, and most recently, Forbes.

The paper goes in depth about how the 2018 eruption of Anak Karakatau in Indonesia produced a tremendous amount of ice that was maintained in the upper troposphere, leading to significant amounts of lighting. The researchers discovered a relationship between the lightning flash rate in the eruption plume and the height of the plume. As these volcanic plumes can damage jet engines, the information gathered in the study could potentially have significant implications in volcanic hazard assessment, especially in the aviation industry.