Our knowledge of the deep structures of the earth is largely due to geophysical methods. Indeed, it is impossible to directly observe the composition or structures at depths of several tens, hundreds or thousands of kilometers. We therefore have to probe the earth indirectly from measurements made by instruments on the earth's surface. Among geophysical methods, seismic tomography uses measurements of seismic waves that have propagated through the earth to calculate the properties of geological environments at depth. In the ChEESE project, Pilot Demonstrator 9 (Seismic tomography) relies on European largest supercomputers (PRACE) to analyse seismic data at high frequency in order to better resolve structures at depth.

Seismic waves are generated by earthquakes or explosions and propagate inside the earth by interacting in a complex way with geological structures. This generates reflected, refracted and diffracted waves. This complex wavefield is recorded at seismic stations and contains rich information about the geological structures. The goal of seismic tomography is to find a model that can explain a part or the full wavefield recorded at seismic stations.   This is done using the inverse problem method.  We start from an initial guess model in which we do a modelling. We then compare the data to the modelled synthetics using a cost function. Using the adjoint state method we can calculate the gradient of the cost function which allows us to improve the model. By proceeding in an iterative way we converge toward a model that explains the data.

Validation of seismic tomography pilot demonstrator on Marmousi synthetic test: model of a complex geological structure obtained at the final stage of the full viscoelastic inversion process  showing how the geological images obtained improve from their initial state (left) to what is obtained when inverting for frequencies up to 10 Hz (right).

This whole workflow requires a large computing capacity because we have to do three modelling tasks per iteration and per seismic source. In order to obtain accurate images of the earth we have to use a large number of sources (between 100 and 1000) in a large computational domain  (several millions of degree of freedom).  The resolution of images obtained depends also on the frequency considered but this require large computation when the frequency increases. 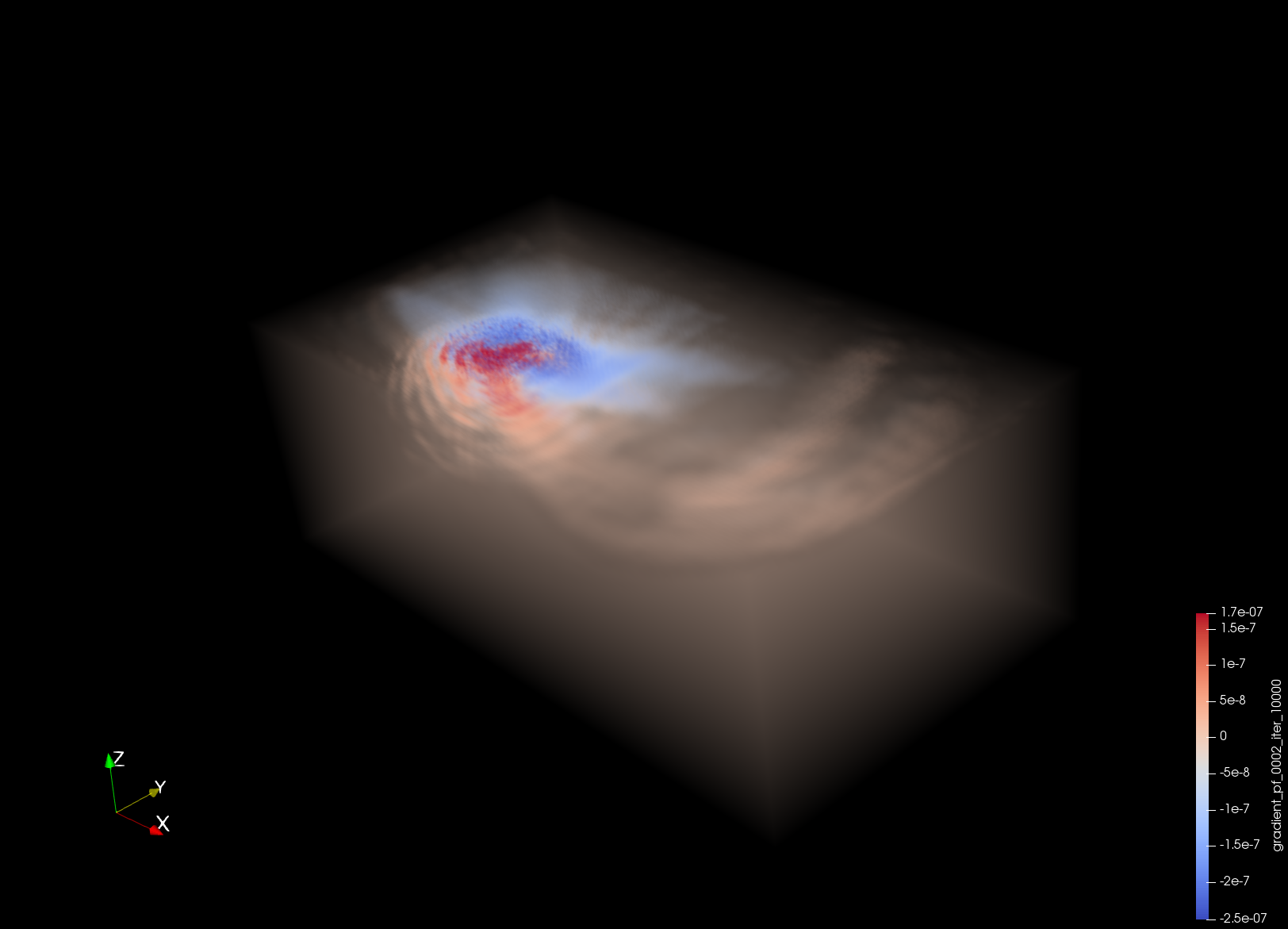 Offshore exploration : 3D visualization of P-wave velocity gradient computed for one Ocean Bottom Seismometer and 70000+ shots at 5Hz. Computed in Marconi100supercomputer at CINECA.

These use cases will demonstrate the effectiveness of sesimic tomography pilot demonstrator (PD9) which is is based on two flagship ChEESE codes, SPECFEM3D and SALVUS, both of which use the spectral element method to solve the wave equation in complex 3D media. 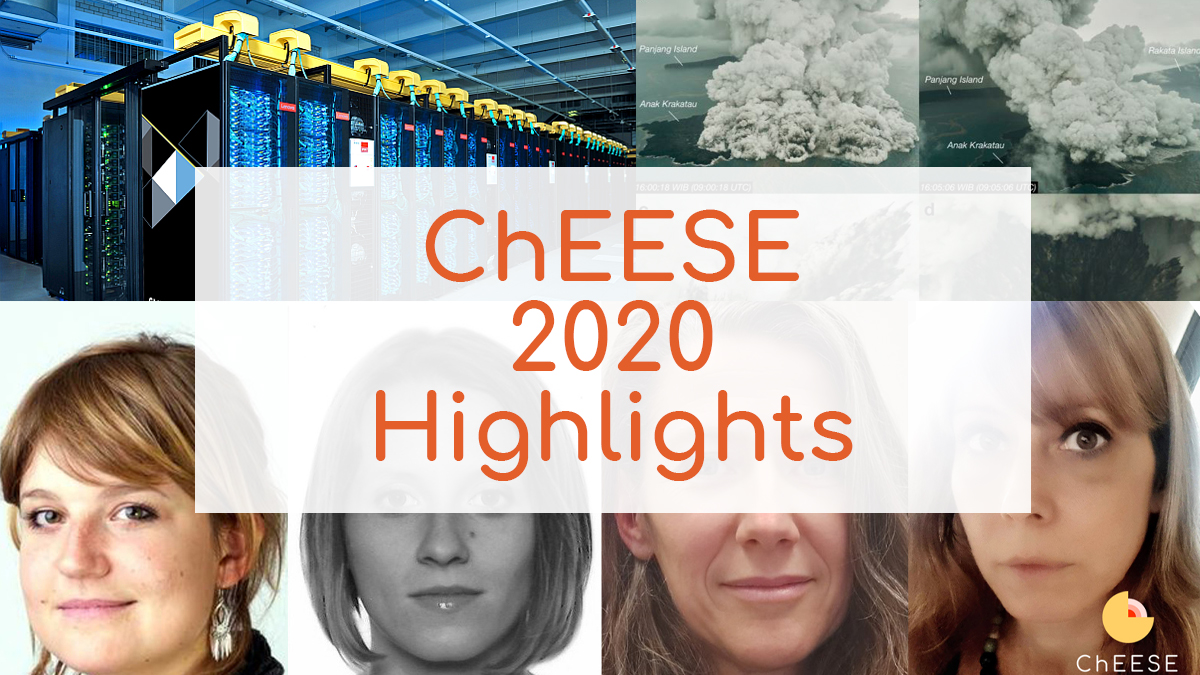 The year 2020 was a difficult year for ChEESE. Our members have had to deal with lockdowns, restrictions, remote working while taking care of young children, and a lot of other stresses that come with a pandemic. However, ChEESE partners have gone above and beyond in their work and have never faltered in their dedication to excellence.

Here are some of the ChEESE project´s achievements in 2020: